Why is Cara Delevingne Making This Face?!

Posted on: January 28, 2015
By: Stephanie Park
Featured Video
Just a few weeks ago we announced that Cara Delevingne added ‘Editor’ to her extensive resume. This week, Ms. Delevingne adds yet another occupation to her CV as a music video extra. Chance The Rapper just released a teaser for his new video, ‘Nothing Came to Me’, and it appears that Cara will be the star. This single is off of Chance The Rapper’s and Donnie Trumpet & the Social Experiment’s new mixtape, SURF. 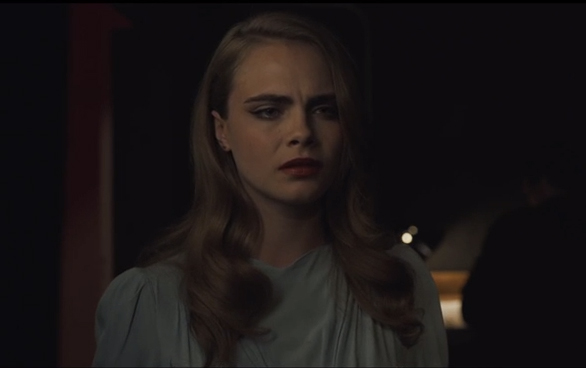 Screenshot of ‘Nothing Came to Me’.


Cara appears in a 20s-esque powder blue gown, loose waves, and looks visibly upset as someone whispers something inaudible in her ear. She quickly recovers, however, and takes the stage like nothing happened.

We’re dying to know what she heard. Mention @FashionOneTelevision on Instagram or @FashionOne on Twitter with what you think was said for a chance to be featured.