Posted on: February 14, 2015
By: Stephanie Park
Featured Video
It appears the red is the new black for Orange is the New Black star, Laverne Cox. The 30 year old transgender actress wowed the crowd in a floor length DKNY gown and a series of twirls that have now gone viral.

The actress turned model flaunted her statuesque 5’11 frame and showed off her amazing body. Her makeup was kept clean to highlight her dramatic smokey eye, and her hair was perfectly curled into Beyonce-like waves. 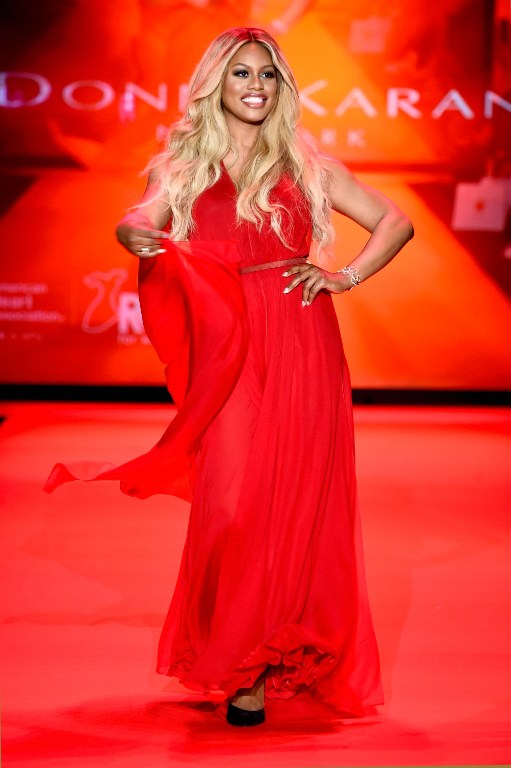 Laverne Cox flaunts it in a DKNY dress


Laverne’s confidence was contagious as she took the runway. The actress––who has just been confirmed for the CBS series Doubt––confidently walked down the catwalk to ‘When Love Takes Over’ by David Guetta. Once at the end of the runway, Laverne surprised the crowd with a series of Stevie Nicks worthy twirls. See the video below:

The actress later tweeted, “Ok I just had to twirl and once I started I couldn't stop. #WonderWomanRealness,” and we’re so glad that she didn’t. Since her starring role on the hit Netflix series Orange is the New Black, Laverne Cox has actively used her star status to advocate for transgender and women’s rights and has been honored by GLAAD for her work for the transgender community. Laverne’s confidence and outspoken nature––not to mention her serious acting chops––has become an inspiration to people everywhere. She is definitely right in calling herself a wonder woman.