Posted on: February 15, 2015
By: Stephanie Park
Featured Video
Blake Lively returned to New York Fashion Week yesterday, marking her first public appearance since giving birth to her daughter James. Lively showed up for Gabriela Cadena's runway show in a black and white frock that showed off her flat stomach and radiating natural beauty. She matched the dress with a black coat, bright yellow clutch, and strappy white stilettos. If it weren’t for the tabloids, no one would know that the 27-year-old actress had given birth just two months earlier. 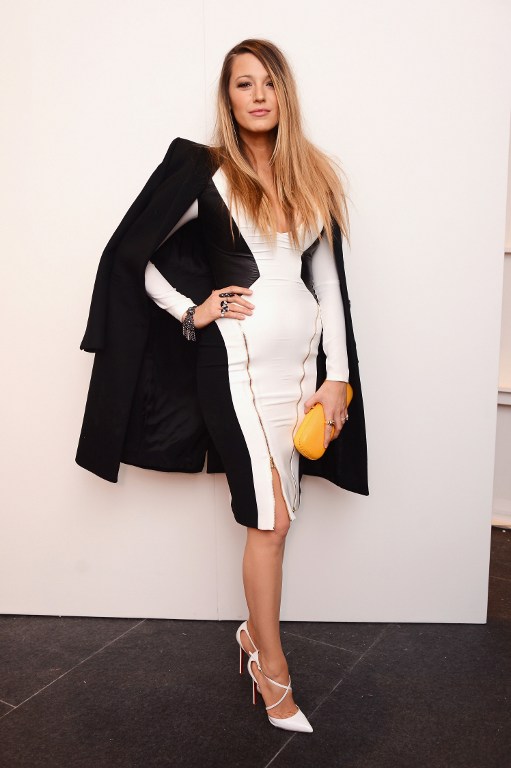 Blake Lively has legs for days, despite having just given birth.


The mystery behind the baby girl’s name was exposed just a few days ago. Although the name ‘James’ sounds like a boys name, it’s not weird considering that her mother is named Blake. Gender is becoming superfluous to names these days, as Ryan––James' father’s name––has been gaining popularity as a girl’s name.

Ryan Reynolds has been promoting his latest film, The Voices, but remains tight lipped on the subject of his daughters name. Despite being secretive, however, Reynolds is gushing about being a father. "The best thing about [being a father]—well, everything's great about it," Reynolds told E! News at Sundance last month. Unfortunately, Ryan wasn’t able to show off his post baby body at New York Fashion Week.